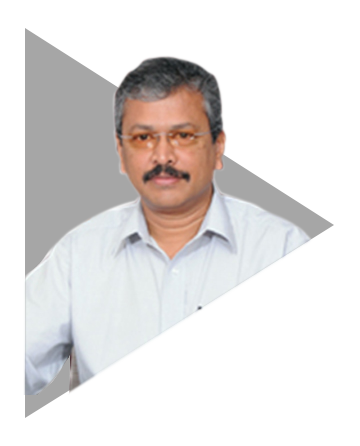 Held the Fort during a time when India was making tremendous progress both economically and technically. Cogently he works with a clear-cut vision of keeping the PSG institutions updated and streamlined. He believes in honoring the goodness of everyone who contributed to the fame and glory of the PSG institutions. In fact, as a result of this belief, for the first time in India, a Special Health Care Scheme was announced for the PSG Alumni. He took the responsibility of conducting the Grand Centenary Celebrations of GRD by charting out various activities that paid tribute to Mr.GRD’s vision. He is actively working towards making PSG institutions tower over all others and continue to shine on in its true glory.

Dr. G. Rangaswamy internationalized the education at PSG by establishing PSG Institute of Advanced Studies to promote Inter-Institutional and International collaborative programs with Universities in the UK, Germany, Switzerland, Luxembourg and so on. A tie-up was established with San Diego State University, USA for student exchange. The MoU with Toledo University was revived by him and the first batch of students got admitted in 2006. In recognition of the successful partnership, the University of Toledo conferred an honorary Doctorate upon Mr. Rangaswamy. Student exchange programs were also established with Australian University. As a staunch environmentalist, he promoted various activities for the same. He was the force behind construction of a new library building, the Institute of Pulmonology and the Aesthetic Centre at PSG IMSR. Additional buildings were added in PSG College of Technology for the new courses introduced in the fields of Biomedical and Nanotechnology. A Fitness Centre, the International Students’ Block and a Food Processing Unit were started at PSG CAS under his aegis. He laid the foundation stone for the construction of a new hospital at Karadivavi on 2 acres of land donated by Mr. K. L. Varadarajan and Family. Trusting the PSG Group and Dr. G. Rangaswamy’s unwavering dedication, The Badugas Association of Kotagiri donated land to construct a hospital at Kotagiri during his tenure. 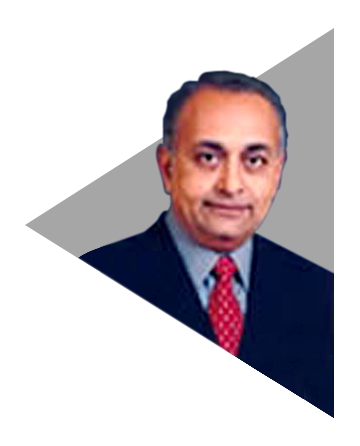 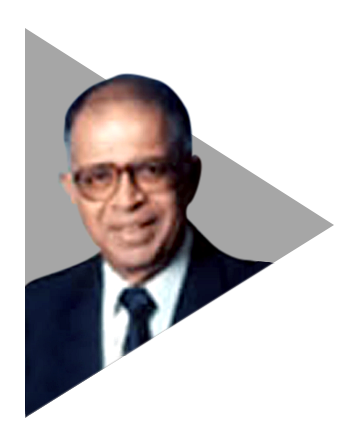 Modernization of the infrastructure to meet the new age education system was his prime focus. Updating the Institute of Medical Sciences into a state-of-the-art hospital was done during his period. The PSG College of Pharmacy was started under his aegis. The hitherto growth of the PSG group of Educational and its associated Institutions was stupendous. As competition grew, it became imperative to stay ahead and focus marketing strategies on core competencies. PSG Centre for Advertising was born from the Group’s need for effective and efficient marketing. In the new millennium, primary education has also undergone a shift in focus. The PSG Children’s school, focusing on developing the natural creative instincts of children was founded under Shri.V.Rajan’s leadership. The group also established its stance in health care management by starting the PSG Offshore Health Care Management Services. A state-of-the art super specialty hospital was added during his tenure and hostel buildings in all institutions were renovated.

The onset of the liberalization era spurred him to expand the department of management studies into a separate management institute called the PSG Institute of Management. As an increasing number of students started looking for opportunities in paramedical sciences, the PSG College of Nursing and the PSG College of Physiotherapy was born. PSG STEP, an Entrepreneurial park that provided the necessary fuel to accelerate the dreams of aspiring professionals was set up during his tenure. Tie-ups with many foreign universities and leading Indian institutions like IIFT were results of his global vision. 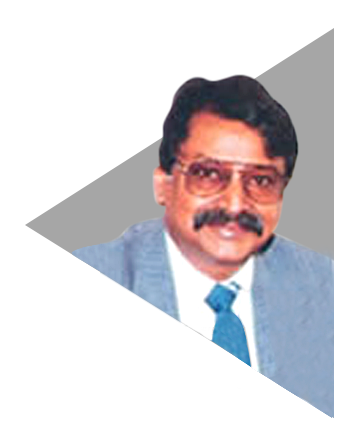 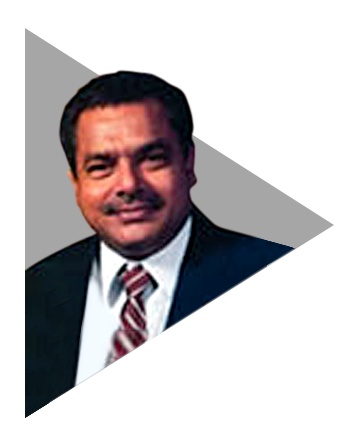 After the first medical college started by the PSG and Lakshmi groups in 1966 was taken over by the Government of Tamil Nadu, Shri G. Varadaraj established the PSG Institute of Medical Sciences and Research. The PSG Hospitals formed as natural extension of the medical institute. While providing people with the state-of-the-art medical facilities, it also helped students of the medical college grasp the essentials of practicing medicine. During his tenure, the accent was laid on strengthening the foundations of learning as earlier established by the PSG group. The Centre for Non-formal Education and the Centre for Sponsored Research and Training Centre were started as part of his contributions. The PSG Textile Research and Training Centre were also started during this time.

This Icon of Education stretched the boundaries of the Trust. He laid the plans which shaped the future of PSG institutions. On the industrial front, a new state-of-the art foundry was started at Nilambur by shifting the facilities from Peelamedu. As the years grew, the foundry gained prominence and catered to a large portion of the Industrial Institute’s needs. As technological edge started making a difference in establishing core competencies, the crucial consolidation of the PSG College of Technology took place during his tenure. A variety of new courses was introduced in the PSG College of Technology. He introduced radical changes in the systems and took to institutions to great new heights and has been an inspiration to many of his students. 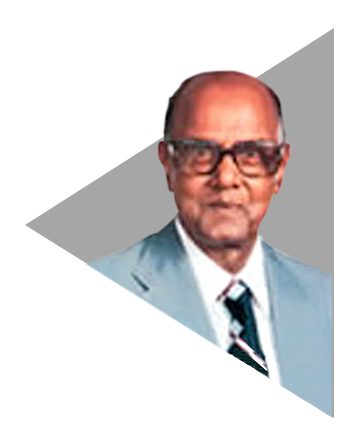 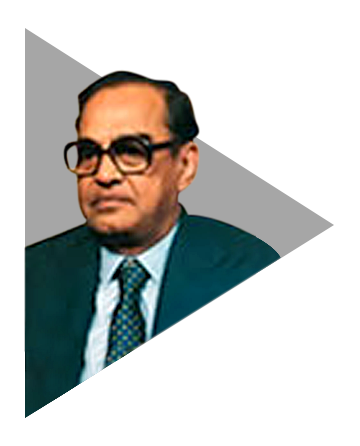 GRG, as affectionately called, was the longest serving Managing Trustee. During his time the Institute gained a sharp focus and made it the nucleus of PSG & Sons’ Charities. To fulfill his dream of free health care he started The Maternity Centre, now known as the Vedapatti Rural Health Centre and the Gandhi Rural Centre to make quality health care accessible to the rural population. He was instrumental in starting PSG College of Technology to offer Science and Engineering programs. Realizing the growing importance of management education, the diploma program in management science was started in 1965 and subsequently it became a post graduate program in 1971. In 1966, GRG took the initiative to start the First private Medical College in Tamil Nadu along with the Lakshmi Group. The medical college was managed by both the PSG and Lakshmi Groups until 1969, when it was taken over by the State Government and renamed as Coimbatore Medical College Hospital.

This self-taught Agricultural Scientist, recognized the importance of humanities and pure sciences in higher education and the demand for an all encompassing institute in the region, and started the PSG College of Arts and Science. He was a participant in the National movement and believed in providing free education for the deprived. 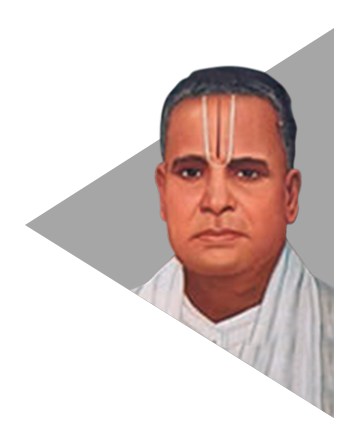 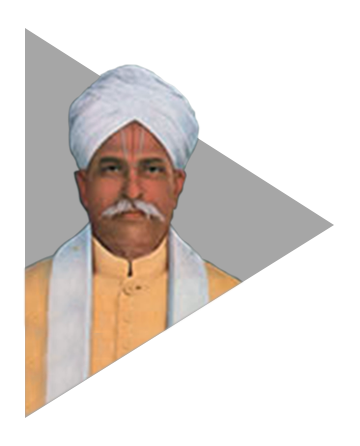 Foundations of Charity towards Education started during his tenure. Being the first of the trustees, he is credited with drafting of the original trust deed. Shri Rangaswamy Naidu started the Sarvajana Higher Secondary School on the Avinashi Road. He also took over two primary schools at Vedapatti and Peelamedu from the district board of education. The First steps towards Coimbatore’s best Technical education were also taken under his leadership when he laid the foundation of PSG Polytechnic College.